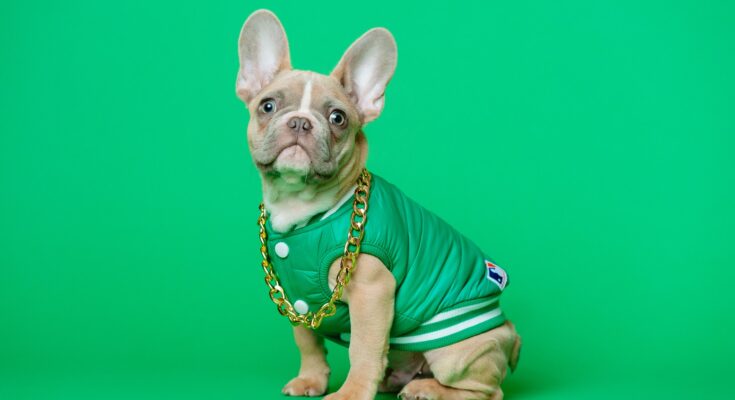 Dogs, indeed are the most common pets that people prefer to own in the US. The connections celebrities have with their dogs are more fascinating than their love relationships. Here are the 10 Dog Breeds Owned By Celebrities that are famous:

In recent times, celebrities have referred to their pets as “fur babies” and even set up Instagram pages specifically for them.

The list just goes on forever, including Kylie with her slim canines, the former president Obama with “Bo” and “Sunny,” and Amanda Seyfried and her devoted dog, “Finn.”

These celebs frequently take their dogs for leash walks in their neighborhood, to spend quality time with pets that they love so much.

” Bo,” a male Water Dog, is shown in the picture that was taken during Christmas. This dog was gifted to the Obama family by the Kennedy family in 2009. A female dog of the same breed named “Sunny” later joined the family in 2013.

In 2018, the couple welcomed an “Alaska Klee Kai” and called him “Waldo.”  He also has a personal Instagram profile, although there is still just one photo there. Waldo, you need to bump up your game and post more on Instagram.

The avenger’s star got a Mutt in 2015 and named him “Dodger.” Since then Evans had built a special bond with Dodger. Evans responded, “I spend much of my time in the garden with my dog, or in the kitchen,” as he was later questioned about how he had been managing his routine in recent times. he added that “Clearly, my dog is the big winner here. I’m attempting to maintain a daily routine.

In October of 2020, Jennifer wrote about her new puppy on Instagram “Hi! This is “Lord Chesterfield,” the newest addition to our family, whom I would like to introduce to you. I fell in love with him right away. Thank you SO MUCH, @wagmorpets, for the amazing work you do. I’m grateful that you take such good care of these rescued animals and find them loving homes.”

“Major” was rescued from a litter whose previous owner was unable to pay for their vet care because the dog had been exposed to “something harmful” at home.  The German Shepherd has been living with the Biden family since late 2018 after being adopted by them later that year from a dog shelter.

A cute new puppy has joined Matthew Perry’s family. The 51-year-old “Friends” star shared a picture of the adorable poodle mix pup, “Alfred,” with his Instagram followers in 2021 to introduce them to his pet.

“Angel,” a stunning pit bull dog breed that Miley revealed to her Instagram followers in February of 2021.

In addition to announcing the newest member of her group, Miley also paid homage to Mary Jane, her previous pet:

“I have fallen deeply in love. doubt that I’ll ever be able to sleep again since I can’t stop staring at her! Having an Angel on a leash is quite wonderful! The aura of the late, great Mary Jane shines upon her. Love lives on. It is eternal.”

Let me introduce “Kevin,” Kylie Jenner seems to have a new dog, keeping with the “k” name’s tradition of being on-brand. The owner of “Lip Kit” uploaded some wonderful footage of the adorable dog to her Instagram Account in addition to posting a picture of him to her profile. She titled one of the videos, “My son.” How adorable!

The singer showed her new dog “Dexter,” whom she officially adopted with her fiancé Anwar Hadid, to her nearly 50 million Instagram followers.

Although the supermodel frequently posts pictures of her dog on Instagram, she has never disclosed the name of her Pinscher Doberman publically.

The 24-year-old  Kardashians star joked on Instagram that she is “raising a model” in a montage of herself and her Doberman Pinscher.

Star celebrities are dog lovers, much like the rest of us. The above pictures of Dog Breeds Owned By Celebrities is a proof of this statement.

They’re unlikely going to sell secrets to the newspapers, are they? For many A-Listers, a dog is a wonderful companion to join them on the road to a red carpet movie opening as a bodyguard, and be a beloved comrade.

As most celebrities have staggering net worth, their pets live a heavenly life as they adore their pets.